Letter to the Mullahs

Observers confirmed that the Iranian national team players had lost the sympathy of the public after accusations of taking sides in the violent campaign by the authorities against the demonstrators, including women and children, who are seeking the fall of the regime. The national soccer team was in the spotlight during the preparations for the tournament with anticipation as to whether the players will use the international event as a platform to show solidarity with the protesters. On the eve of the match in England, the leader of the Iranian national team, Ehsan Hajsafi, announced live on the air during a press conference his support for the uprising and demonstrations that have continued in his country since mid-September following the killing of young Kurdish woman Mahsa Amini. Speaking from the World Cup in Qatar, he said: “The players must be the voice of those facing suffering,” adding that “Above all I would like to offer my condolences to all the bereaved families in Iran, they should know that we are with them and we support them and that we sympathize with them in these circumstances.” In what appeared to be a message to the Iranian authorities, he continued, “We have to accept that the conditions in our country are not right and our people are not happy, we are here, but this does not mean that we should not be their voice or not respect them.”

Iran’s national team players reacted after the regime cracked down on protesters with unprecedented violence, with at least 419 people killed, including 60 children, some as young as eight, according to the country’s human rights activist group Herana. At least 17,451 demonstrators were arrested in 155 cities, and Hrana reported on its website that as of November 20, protests had been held in 142 universities across the country, while security forces arrested at least 540 students. The death of Mahsa Amini has sparked anger about a number of issues, including restrictions on personal freedoms and strict dress codes for women, as well as the living and economic crisis Iranians are suffering from, not to mention the strict laws imposed by the regime and its political and religious structure in general.

Health - The Benefits of Basil

The Muslim Brotherhood and its arms permeated Germany deeply 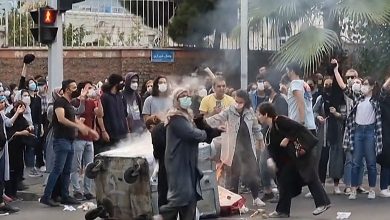