The decision to abolish the state of emergency, after half a century of operation at varying intervals, succeeded in refuting the lies and false claims that the Brotherhood’s propaganda agenda has long spread, to cause confusion, and to call into question the state’s security services. 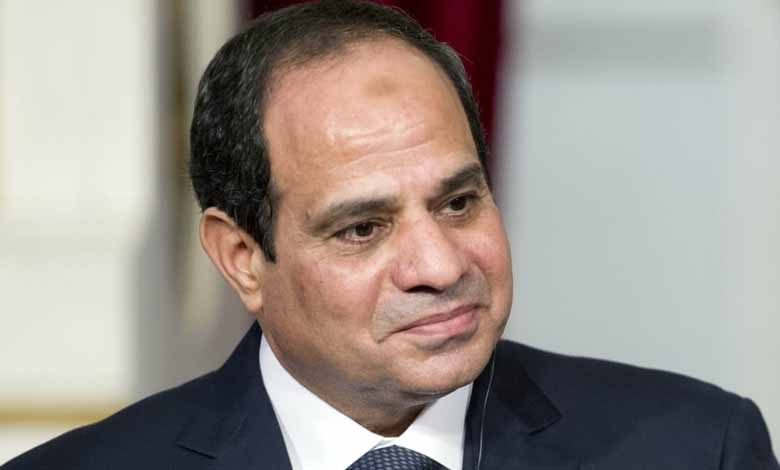 Despite these slander, the end of the state of emergency in Egypt has entrapped these trumpets and shed their lies. The remnants of the Brotherhood Brigades can only search for a new lie, so that they do not lose the large sums they receive in exchange for spreading rumors and destabilizing things.

This time, however, the lie that condemned their terrorist group, and not the other way around, was their attempt to promote the idea that the Egyptian state replaced the state of emergency with fixed laws, which they claimed were more unjust.

Apart from the fact that the reason for his appearance is true and is one among others, the package of laws and legislation is unjustly perceived by only perpetrators and terrorists.

Observers agree that the Egyptian state has succeeded in its battle against terrorism and has integrated legislative structures and economic institutions capable of implementing the requirements of society, a system with which it does not need exceptional measures.

Terrorist attempts, including videos of terrorists, including Asim Abdelmagid, Yasser Elomda, Selim Azouz and others, did not prompt exchanges between their supporters, who were divided by open conflicts within the terrorist organization.

The Brotherhood is in a state of self-destruction as a result of the war raging at the top of the “Head of the Brotherhood” between the camps of Turkey and Britain, which affected the tattered structure of the terrorist organization.

Ahmed Ban, a specialist in the affairs of terrorist groups, said that the suspension of the emergency law would pull the rug out from under the feet of all suspicious terrorist groups that were trying in vain to exploit these conditions by talking about oppression and injustice.

He added: There is no doubt that the decision to freeze the implementation of the emergency law is one of the steps taken by the Egyptian state that will prevent the Brotherhood from attempting to harm the country and cast doubt on the level of achievement.

After this, Major General. Hicham Helbi, adviser at the Nasser Military Academy, pointed out that the imposition of emergency law, which has been extended more than once in recent years, was aimed at combating and eliminating terrorist hotbeds in a short time, which the Egyptian state succeeded in doing.

“The timing of the decision is very important,” the military expert said. “It gives credibility to the leadership before the world and refutes the lies of the counter-media, which was trying to falsify the facts in Egypt contrary to the facts, such as its claims about the imposition of the state of emergency.”

It seems that reading the repercussions of the decision to end the emergency was not limited to the specialists, as it became the subject of discussions among the tweeters, who described the decision as an end to the lies and fabrications of the Brotherhood.

Twitter user Tarek Ibrahim tweeted: “President al-Sissi’s decision to cancel the state of emergency which continues since the days of Sadate’s assassination means that the death certificate of the Muslim Brotherhood has been issued”.

Amal Hegazy tweeted: “The cancelation of the extension of the state of emergency is an affirmation of the stability of the Egyptian state and a message to bidders.. Despite the Brotherhood and the Covid.. The new republic has become a reality without fear and without emergency.”

Earlier today, Egyptian President Abdel Fattah al-Sissi announced the cancelation of the extension of the four-year state of emergency across the country.

“Egypt’s emergency law was first applied in the wake of the so-called 1967 setback, during the era of late President Gamal Abdel Nasser, before his successor, the late President Anwar Sadat, continued to operate as an emergency.”

But political pressure forced Sadat to rescind the decision in May 1980 before his assassination on October 6, 1981, led to its reinstatement, something that continued throughout the rule of the late President Hosni Moubarak.

“Nearly two years after the events of January 2011, the military council, during the country’s transition period, finally suspended the state of emergency on May 31, 2012”.

But the state of emergency was reinstated with the violence that followed the overthrow of the Brotherhood regime, and Egyptian President Abdel Fattah al-Sissi imposed it in late 2014 in the Sinai region only because of increased terrorist acts.

It has expanded to include all parts of the country since April 2017, after two churches were targeted in Alexandria and Tanta governorates, and has since been renewed every three months with the approval of the Egyptian Parliament.

The danger of political Islam in Europe... Calls for confrontation and optimism for its demise

Lebanese president: Kurdahi's statements do not reflect the state's point of view