In an interview on English TV on Thursday, Crisitano Ronaldo said he had great respect for Lionel Messi, his former rival.

“It wasn’t just a bunch of empty words, judging by a picture that the two world stars just posted on social media.

The Portuguese and Argentinian published a photo this Saturday where they can be seen together over a game of chess.

The two are still thinking, and seem to be taking their confrontation very seriously. Like in the old days on football fields.

Maybe it’s not just a photo montage. The “GOAT” posted it and at the same time. This reflects their mutual esteem, at an important time as they slowly but surely approach the end of their respective careers.

They are about to play their final World Cup. With the hope, of course, that we can finally be crowned.

This photo is sponsored by the Louis Vuitton brand. It is no coincidence that the duo of twelve Ballon d’Or is so well dressed on the pose.

“In addition to a long tradition of making trunks for the most coveted sports trophies in the world, the House celebrates two of the most talented football players of today,” said the French brand.

What are the risks in case of overdose?

A new tracer to track Cholesterol in the brain

Will Zendaya and Tom Holland get married?

Here’s what you should know about ‘The Curly Hair Method’

Hair-Straightening Products, pose more of a risk than you may think 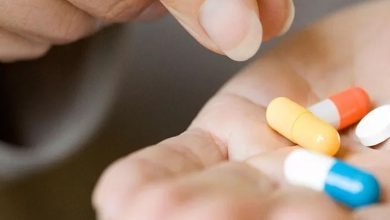