The United Arab Emirates has been ranked the world’s safest country for the fourth consecutive time, maintaining its position as a top global safe destination with a very low risk of terrorist activity, according to annual results from the Institute for Economics and International Peace.

“The UAE leadership has been keen to adopt a comprehensive approach based on sustained growth, counterterrorism, transnational organized crime, cultural immunization, investment in infrastructure development, and development efforts with legislation that conforms to international standards, qualifying it to be among the safest global destinations at all levels.” Its political stability plays an important role in reinforcing this leadership.

The UAE is ranked first among the safest countries for the fourth year in a row, and this confirms the relevance of its policies and comprehensive approach to fighting terrorism and promoting the development path. This largely explains the qualitative leap that Abu Dhabi has made in recent years.

Western countries see the UAE as a balancing actor in supporting regional and international stability through an unrelenting movement to resolve crises and calm tensions.

UAE President Sheikh Mohamed bin Zayed Al Nahyan outlined his country’s ambitious plan for the next phase, which highlights the state’s regional and international success and leadership on more than one level, from its founding to its empowerment phase.

This indicates that the UAE’s international standing has not come from a vacuum but from diligent planning, hard work and foresight for the future.

Sheikh Mohamed said there is no room for complacency “because great aspirations require greater determination”. He also promised to achieve major development breakthroughs in all areas.

On the occasion of the UAE’s 51st National Day, he stressed the need to focus on modern science and technology and to exploit the opportunities offered by these fields for the benefit of current and future generations.

The president of the UAE gave a headline for the coming period in light of his conviction and awareness of the nature of the transformations taking place around it and the challenges and opportunities it entails, “Doubling the effort and giving and upholding the value of work, competency and dedication in performing duties.”

The UAE has maintained its rank as one of the safest countries in the world thanks to the policy and approach of the UAE leadership, which has repeatedly emphasized the human dimension and the need to work in a way that serves the welfare and interests of its people and those of the countries of the region.

The UAE is further strengthening its position internationally and regionally by promoting co-operation among countries, as Sheikh Mohamed bin Zayed affirmed less than two months ago when he said the UAE “is working in co-operation with its brothers to promote Arab integration on new bases of effectiveness and realism based on common interests, starting from economic and development co-operation and primarily targeting the prosperity and development of peoples”.

The Many Health Benefits of Eating Green Vegetables

4 months after Mahsa's death... Iran blames the nurses for the reason 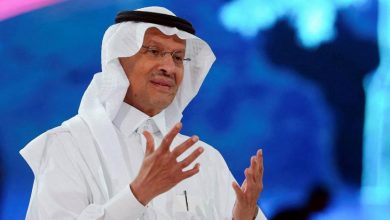