A report issued by the United Nations revealed that it is only stepping away from raising enough funds for the operation to save the decomposed oil tanker anchored off the coast of Yemen and exposes the entire region to an unprecedented environmental disaster.

The solution is approaching

The tanker, Safer, carries more than a million barrels of oil and experts warn it could disintegrate or explode at any time; causing damage to ports and livelihoods along the Red Sea coast, and estimated losses from their collapse or explosion at up to $20 billion, according to a report by the American magazine Forbes, which continued, that as of the beginning of September, $68 million had been pledged for the rescue operation – $12 million less than the United Nations target of $80 million-, The UN said it was “looking closely at how we can reduce the costs of both the emergency operation and the installation of a long-term replacement capacity for the ship anchored off the coast of Yemen.” A UN spokesman said: “We are confident that we will get the targeted amount soon, and we still need donors to disburse the funds they have pledged,” adding that so far, only about $10 million of the $68 million has already been delivered. 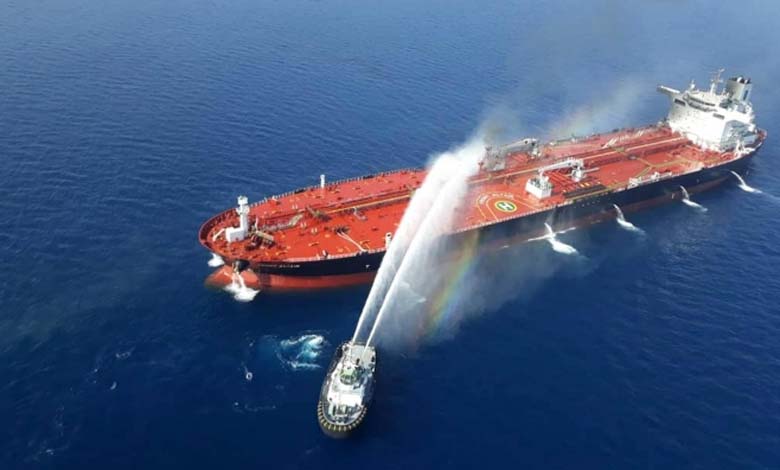 Fundraising, however, has gained momentum throughout the year, the American magazine reported. In May, the Hague pledging event raised nearly $33 million, from a combination of nine European governments. The following month, Saudi Arabia said it would provide $10 million. On a smaller scale, the public crowdfunding campaign launched in June raised about $145,000 from about 2,000 individuals, it went on to say that some private companies have begun to intervene to provide financial assistance. On 25 August, HSA Group, the largest private company in Yemen, announced a donation of $1.2 million to support the UN Safer Emergency Appeal, becoming the first private sector organization to donate, “Given the continuing large funding shortfall, and time is running out, Hael Saeed believes the private sector must move forward,” said Nabil Hael Saeed, managing director of the Health and Population Authority, “We hope that this first donation from the private sector will encourage other companies around the world to contribute,” the magazine added. Efforts to secure the Safer ship have been around for years, but the Houthi militia that controls the ship’s berth blocked access to the site, but with a truce now in place in Yemen, there is now some hope of breaking the impasse.