A woman who lost her British citizenship after joining the ISIS group said Wednesday she would be prepared to return to face terror charges so she can prove her innocence.

Shamima Begum was 15 when she travelled from her home in London in 2015 with two school friends to Syria, where she married an ISIS fighter and had three children.

Dubbed “ISIS bride”, she was stripped of her British citizenship after a right-wing media outrage when she was tracked down by reporters to a displacement camp in 2019 and defended the extremists.

The Supreme Court earlier this year rejected her permission on public safety grounds to return to Britain to challenge the government’s decision.

But she has denied being directly involved in the preparation of acts of terror.

“I am willing to go to court and face the people who made these claims and refute these claims because I know I did nothing in ISIS but be a mother and a wife,” she said.

“These claims are being made to make me look worse because the government does not have anything on me. There is no evidence because nothing ever happened,” she told ITV.

Begum, now 22, said the only crime she had committed was “being dumb enough to join ISIS”, and asked for forgiveness from all those who had lost loved ones to the extremists.

Lawyers for Begum, whose father is Bangladeshi, have accused Britain of racism in its treatment of her, accusing the government of making her a scapegoat.

They have said she was “a child trafficked to and remaining in Syria for the purposes of sexual exploitation and forced marriage” and the government’s actions leaves her stateless.

Bangladesh’s foreign minister has said he will not consider granting her citizenship.

Some 900 people are estimated to have travelled from Britain to Syria and Iraq to join ISIS, creating a legal headache for the UK authorities now the conflict is over.

About 150 are believed to have been stripped of their citizenship.

Begum, whose three children conceived after her arrival in Syria all died, was first seen in 2019 wearing a black hijab and said she did not regret travelling to Syria.

But she has since been seen in Western clothing and expressed remorse for her actions, and sympathy for ISIS victims.

US Shows Partiality in Dealing with Syrian Opposition Parties

US to Iran: Grant Inspectors Access to Workshop or Face Action at IAEA 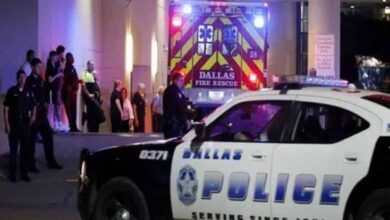 Shooting in the American capital, Washington