In an attempt to win the support of businessmen, business owners and their employees, the Turkish government is preparing another package of funding for companies before the elections scheduled for June, after the collapse of Erdogan’s popularity among limited and middle income earners, in addition to expanding social benefits. Finance and Treasury Minister Nureddin Nebati said that the package will support the needs of small and medium-sized companies that have suffered from a lack of capital, adding that the financial package will be presented in line with the government’s economic model, which gave priority to production, exports and employment. He explained that the rescue package supported by the Treasury Ministry was designed on the basis that small and medium-sized companies are the engine of our economy.”

Bloomberg, the US agency, quoted a source familiar with the matter, who confirmed that cheap loans will be distributed through the State Credit Guarantee Fund (KGF). The source also said that the government unveiled the plans in a closed meeting chaired by Nabati. Turkey has guaranteed tens of billions of dollars of loans through KGF by taking some of the lending risks away from commercial banks and under the guarantee of the treasury,   “Turkey used the facility during the coronavirus pandemic and the recent bouts of currency unrest to bolster the economy’s $830 billion growth, which grew by 7.6 percent annually in the second quarter, as President Recep Tayyip Erdogan and his ruling Justice and Development Party suffered from declining popular support ahead of presidential and parliamentary elections, emboldening and aiding a divided opposition.”

The Turkish Dekan website confirmed that Erdogan took a package of measures for popular support, as he decided to shift to offensive policy with a perceptible shift in his re-election prospects, citing a decision taken at the headquarters of his ruling party late last month. The website said that the ruling Justice and Development Party (AKP) plans to introduce a series of measures including expanding the scope of social welfare benefits and providing more treasury-backed loans to small and medium-sized companies. The Minister of Family and Social Services, Derya Yanık, and the Minister of Treasury and Finance, Nureddin Nebati, talked about the plans in recent days. On August 23, Erdogan and his senior political allies met at the headquarters of the Justice and Development Party in an extraordinary meeting to devise an electoral campaign strategy – Turkey is scheduled to hold presidential and parliamentary elections by June next year. Temporary home visitor staff will be assigned to 26 million families as part of the new welfare benefits, Dekan previously reported. The news site said Minister Yannick confirmed the news later.

Iraq: Will the unrest return after the decision of the judiciary to refuse to dissolve the parliament?

December election; Last chance to rebuild the nest of the Tunisian Brotherhood 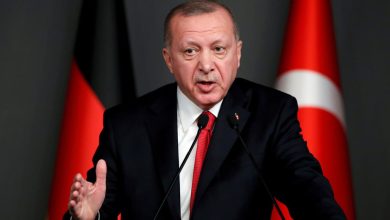