The Kurdish Workers’ Party (PKK) reported on Monday that it had shot down a Turkish helicopter in Iraqi Kurdistan, and this is an act of vengeance for the death of one of its commanders last week. The Turkish drone strike of the last Tuesday had killed two high-ranking Iraqi officers, conducting to new tensions with Baghdad.

The PKK reported in a statement on Monday that its forces in the mountainous Zagros region had been able to score a direct hit and shoot down a Turkish helicopter, the militant group said: Ten minutes after the shooting down of the first helicopter, our forces hit another one … forcing it to flee.

The mayor of Kani Massi, near the Turkish border, confirmed that a Turkish helicopter had broken nearby. Moreover, Servest Aqrawi informed AFP that he was incapable to confirm the second attack or the extent of the damage, because of the difficulty of accessing the combat zone.

The PKK consecrate the operation of Monday to its martyr Akif Karzan and the two Iraqi officers that have been killed by the Turkish occupation army.

Indeed, Turkey that has had a military presence in the autonomous region of Iraq for a quarter of a century has launched a cross-border ground and air operation against the PKK in the mountainous region in mid-June, and the assault of the last Tuesday leaded Iraq to call the Turkish ambassador in Baghdad for the third time in two months. After, on Friday, the Turkish bombardment killed three Kurdish fighters in the region. 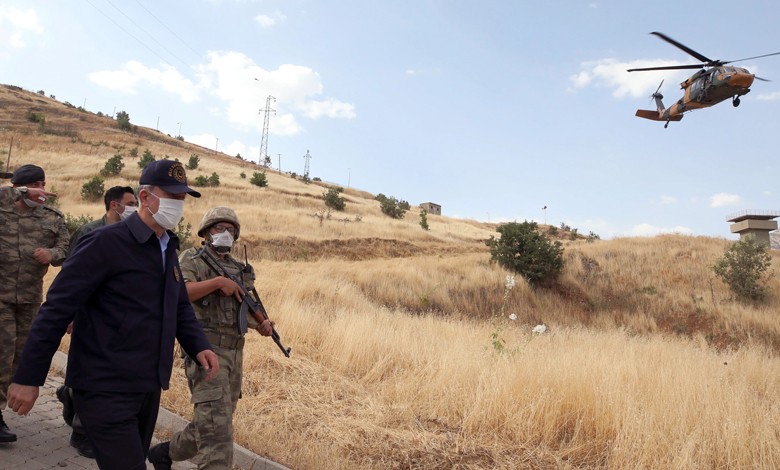 In fact, Ankara defends its right to bomb the PKK that it considers being a terrorist organization, and accuses Baghdad and Iraqi Kurdistan of closing the eyes to the activities of the group. On its side, Baghdad has looked to gathered support to end the offensive of Ankara on its ground. The US and the EU also consider the PKK as a terrorist organization.

Investigation on the crimes of Erdogan's mercenaries in Libya